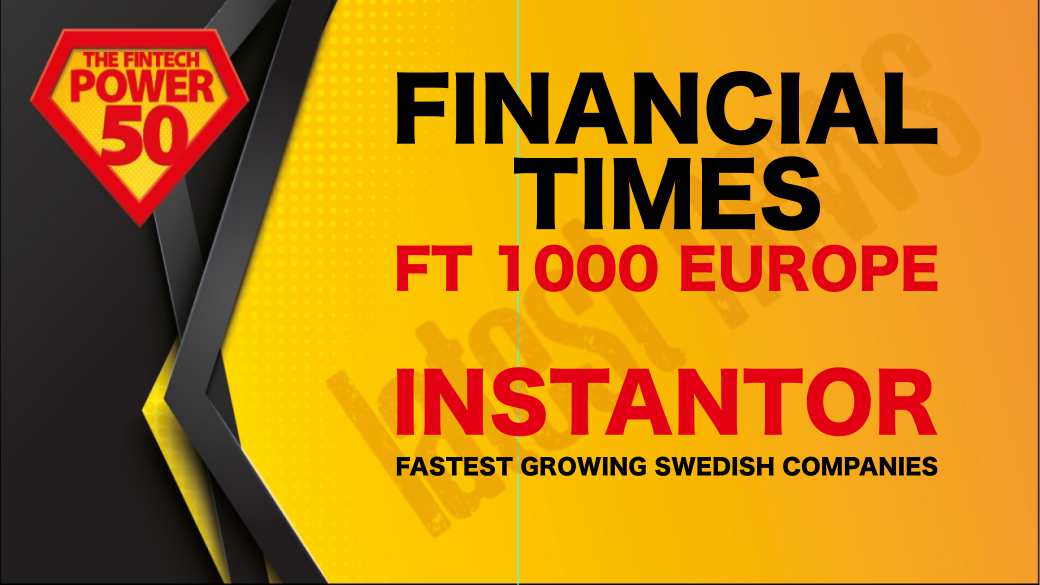 For a second consecutive year, Instantor, the Swedish FinTech who makes tough calls easy within credit risk management, made the Financial Times (FT) 1000 Europe´s Fastest Growing Companies 2019 list, advancing from 3rd. to 2nd. place within the FinTech category in Sweden. A total of 19 FinTech players made a list, of which only two were Swedish.

Founded in 2010 in Stockholm, Instantor has rapidly expanded across three continents by making use of advanced Machine Learning based technology and a robust international team. Key employees come from major FinTech players like iZettle and Bambora, as from other well-known reputable financial corporations such as UBS, Mastercard and Handelsbanken.

“Our fast-paced growth responds to an immense necessity to assess the creditworthiness of an individual in a revolutionising way, globally. Leading business innovation and a multicultural team that understands the market idiosyncrasies, have been driving factors to be at the forefront of the FinTech landscape,” explains Simon Edström, CEO of Instantor.

In 2018 Instantor was the first FinTech in Sweden to get a license to operate under the PSD2 as an Account Information Service Provider (AISP) from the Financial Swedish Authority (FSA). “PSD2 unlocks endless possibilities for financial organisations and consumers. Instantor is ready to further scale the business in those markets where our AISP license is passported, ASEAN and Latin America, while shaping the future of credit risk management,” finalises Edström.

The FT 1000 Europe´s Fastest Growing Companies 2019 list, compiled with Statista, ranks the organisations with the highest compound annual growth rate revenue (CAGR) between 2014 and 2017. A print issue with the whole list will be published on March 25th, 2019, while the online version can be already seen here. Extract of the FinTech players who made the list is available in the next page of this press release.