Wirex Users Can Now Use Waves For Their Purchases 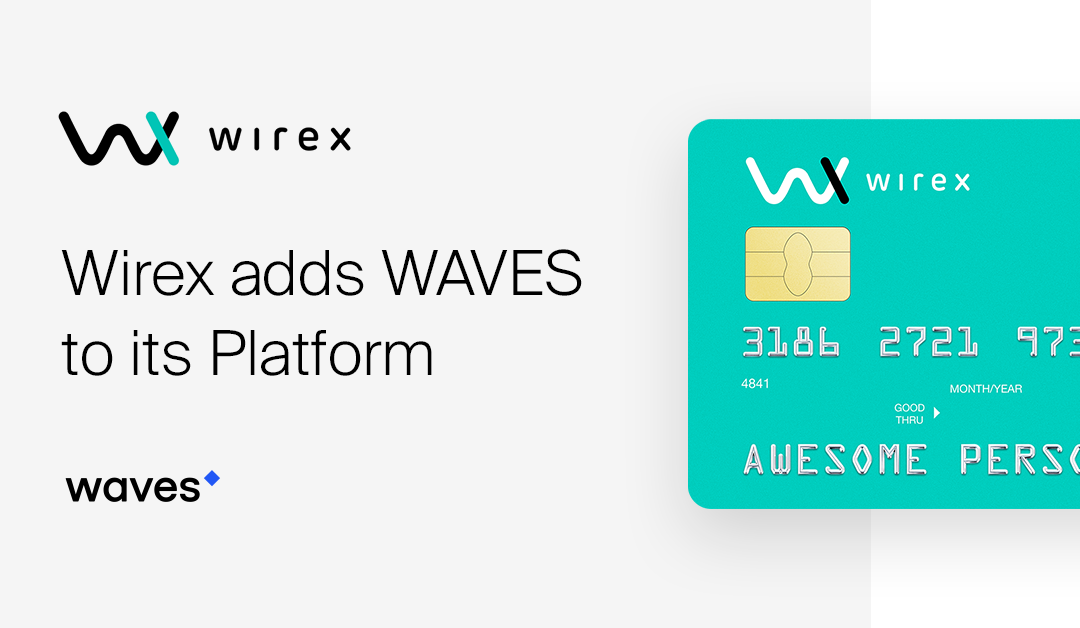 The teams at Wirex and Waves (WAVES) have worked together to integrate the digital asset on the popular crypto-debit card platform. Wirex also allows its users to buy, store and manage a variety of cryptocurrencies. WAVES joins the major digital assets of Bitcoin (BTC), Litecoin (LTC), XRP and Ethereum (ETH) on the Wirex platform.

Pavel Matveev, CEO and Co-founder of Wirex, was very optimistic about what the future held for the new integration. He was primarily impressed with how the Waves platform is a bridge between the web and the blockchain. Wirex is also bridging the gap between traditional and digital currencies and their usage in day-to-day life. He explained how WAVES would fit into their operations:

Wirex provides extra liquidity for cryptocurrencies and gives investors the ability to convert and spend their crypto instantly with our Wirex Visa card. Investors who buy WAVES through our platform will know they are with a safe, agile, cost-effective service. In addition, our existing users will have another strong and popular token to add to their portfolios.

The last two months has seen the Waves project make several developments. Right before Christmas, we saw WAVES rise to $4.57 due to news that it had secured $120 Million in the first investment round for its Vostok project. This project is focused on the implementation of Waves Technology in enterprise and government IT-systems. (WAVES is currently valued at $2.66 after Bitcoin crashed by 10% yesterday, Thursday the 10th of January.)

WAVES plans on becoming the first WEB 3 company. WEB3 is the third version of the internet that is currently being driven by blockchain and decentralization. This concept of WEB3 has been around since the 1990s but it is only now taking shape as technology catches up. Web1 was the original internet with little interaction. Web2 is the current interactive yet centralized version of the internet. Web3 aims at changing all that.

Waves founder and CEO Sasha Ivanov, further explains how this will work:

We see Waves as the bridge that will facilitate the transition from web 2.0 to web 3.0. The goal of our team is to put tools in place that will allow both enterprise and individuals to easily implement their own blockchains, while improving the UX of dApps and blockchain infrastructure.