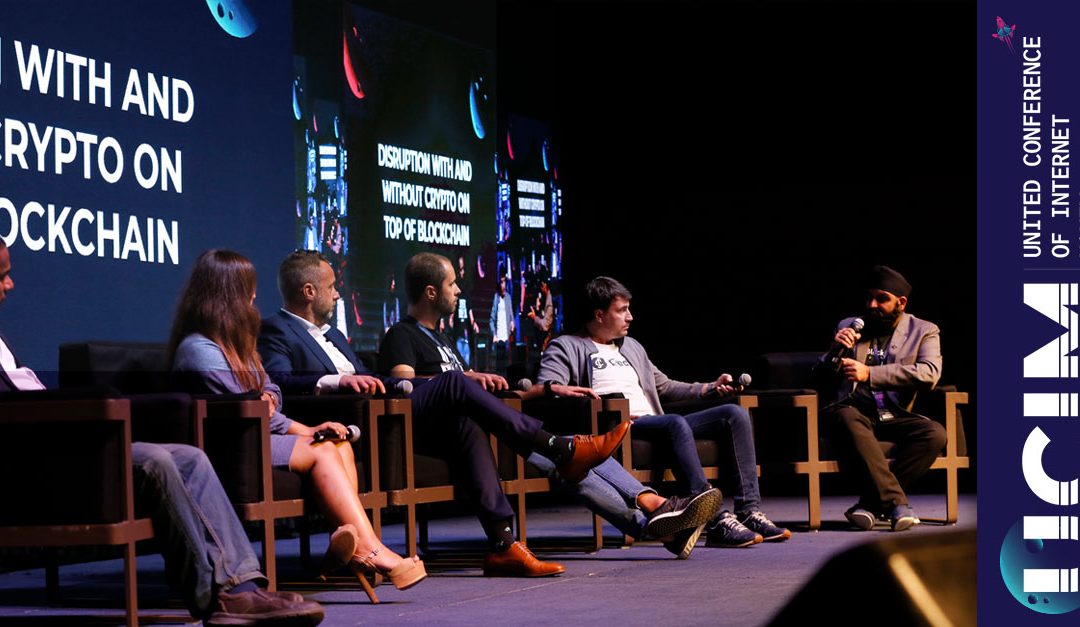 UCIM, a conference in the blockchain and crypto space that has come to be recognized as an unconventional drive to promote global acknowledgment of the blockchain technology and cryptocurrency, concluded magnificently on the 27th of November. Garnered with some of the most eminent personalities of the ‘Cryptoverse,’ UCIM emerged as a sea of innovative ideas, insightful talks, and groundbreaking discussions. Kick-Starting with a keynote from the billionaire tech investor Tim Draper, it hosted fireside chats, panel discussions, Pitch-a-thon, Golden Block Awards, and investor roundtables.

‘Disruption with and without Crypto on Top of Blockchain’ was cited as the subject of discussion for one panel of thinkers involving the Founder and CEO of Zebi Babu Munagala, CTO/Co-founder of Chainstack Eugene Aseev, VP Business Development Chris Smith, CEO/Founder of Credits.com Igor Chugunov, and the founder of The Pink Table Nehha Wadhwa who also leads Outreach of the Sacred Capital. The panel was moderated by CEO/ Co-founder of Blocklime Harpreet Singh Maan.

What started as a proposition of thoughts about the disruption brought by blockchain and the role of cryptocurrency in it, went on to a deeper passage of use cases as well as the scope and the level of resistance that the initiative has been encountering worldwide.

Accounting the popularity that the blockchain technology has evidently gained over a very short span, Nehha Wadhwa stated, “with blockchain, the way to engage with the sharing economy became easier, hence it has quickly scaled up.”

“And as more use cases come in, we are likely to just pay with credit card and not even think about how we are paying or how we are using digital currency for that,” Chris Smith commented.

“However, there are a lot of companies, especially banks and institutions that are using hyperledgers. Private companies, governments, and subsidiary institutions are more comfortable with private options like hyperledger, where no token and no cryptocurrency is involved. So this may not be as decentralized and as neutral as bitcoin would be,” Babu Munagala pointed, talking about the middle route that many establishments have been assuming.

Multiple use cases where blockchain technology and cryptocurrencies are currently receiving and can further receive collective public acceptance were appended through the discussion. The panel progressed and later concluded with Eugene Aseev and the rest discussing the challenges that cryptopreneurs have been facing and how they can be addressed in real time.