London & Partners is the Mayor of London’s official promotional agency.

They exist to support the Mayor’s priorities by promoting London internationally as a leading world city in which to invest, work, study and visit.

London is the world’s largest centre for fintech with investment growing faster here than anywhere in the world.

London’s diverse fintech scene encompasses everything from mobile payments and digital currencies to other sub-sectors of financial services. These include retail and investment banking, money remittances, investor relations and virtual currencies.

The heart of a leading global financial centre and booming tech industry to form innovative partnerships across sectors. Develop new ideas with the capital’s 40,000 financial services companies, cutting-edge tech start-ups and some of the world’s biggest banks.

More than half of all fintech investment in Europe is channelled into London. In 2014, the capital’s fintech startups have attracted £343 million of investment, three times as much as in 2013. Major new tech funds setting up in London from around the world include Santander (£60m), Index Ventures (£328), Google Ventures (£76m). 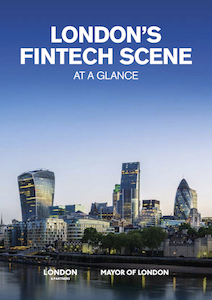 Click on the image above to view London & Partners Fintech Scene PDF. 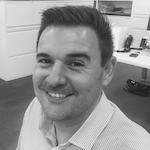 Mark is an experienced technologist, his early corporate successes led Mark to form his own enterprise software company, producing and selling to Universities and institutions. A hands-on role, Mark executed his idea from concept to maturity, while also leading the international sales for an advanced engineering company before its M&A.

Mark is a former Senior Adviser at UK trade & investment, where he used his time to build contacts in technology, IoT and Smart cities sectors, as well as the investment and accelerator environment. Managing a team of seven, his role facilitated a good understanding of the London technology environment.

Mark has continued his passion for supporting start-up and scale-up organisations by joining London & Partners as the tech & urban specialist on the Mayor’s international business programme. Helping London companies internationalise.