Monese with the power of PayPal 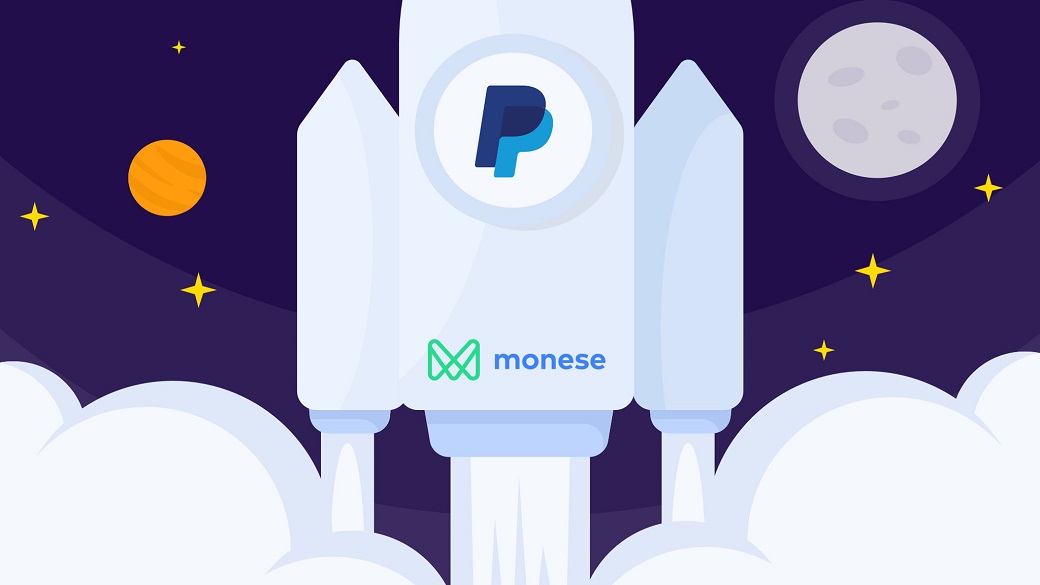 Monese have launch a new collaboration with PayPal. Customers who travel the world for study, work, family, or retirement, and they know they’re avid PayPal users. So now you can get all the freedom of Monese, with the added scale, speed and security of PayPal.

If you’re one of their customers in the UK, you will be able to:

These features are now available to Monese personal account customers in the UK, and will be coming to the rest of Europe in the coming months.

Monese, the European banking service that gives people the financial freedom to thrive anywhere, today launched a collaboration with PayPal that expands access to financial tools and the global economy for Monese customers.

As a first step in the broad collaboration, customers will be able to easily manage and use their Monese and PayPal accounts together. Monese customers will benefit from a number of new features that will make it simpler to manage money in their PayPal account through Monese and use Monese in their PayPal digital wallet to pay online, on mobile and in app.

Monese customers will be able to seamlessly add a Monese card to their PayPal digital wallet so that they can send money to and buy from PayPal’s 277 million consumers and merchants around the world. Customers can easily select Monese as their preferred way to pay within the PayPal wallet. In addition, Monese customers will be able to manage their PayPal balance and transaction history in the Monese mobile app. This means Monese customers can manage money in their PayPal account, alongside their other finances and payments, from within the Monese app. These features are now available to Monese personal account customers in the UK, and will be coming to the rest of Europe, as well as Monese Business customers in the coming months.

Norris Koppel, CEO and founder of Monese, said: “We are delighted to make it easier for our customers to connect to PayPal, wherever they may be in the world. We serve a fast-growing and incredibly international audience who travel the world for study, work, family, or retirement, and are avid PayPal users. These customers increasingly expect the financial freedom to thrive anywhere. Through our partnership with PayPal, our customers will have greater choice and more access to doing business around the world.”

Jennifer Marriner, VP of global markets and partnerships of PayPal, said: “This partnership furthers our mission to democratise financial services. We work with innovators like Monese, so people outside the traditional financial system can use our tools to thrive in the global economy. Many of Monese’s customers use it as a primary financial account and we look forward to serving them on our platform as we continue to partner on new services and experiences.”

Monese recently announced that over 1 million people have signed-up, with customer growth tripling in 2018, and over 3,000 people now joining Monese every day. Demand for Monese across mainland Europe surpassed that of the UK in November 2018, and in March 2019, two-thirds of all sign-ups to Monese were in mainland Europe.

PayPal participated in Monese’s US$60 Million Series B funding round in September 2018, which has paved the way for an aggressive product roadmap.