Liquidity models did not prepare you for this: Global pandemic turned liquidity crisis 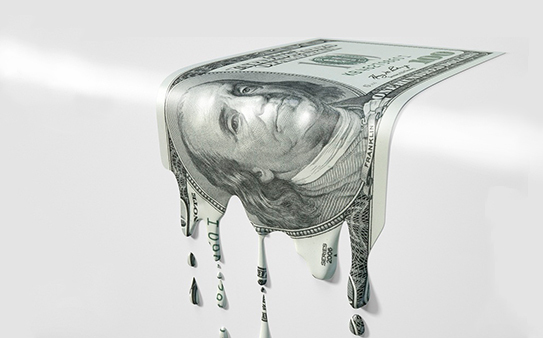 “The best way to manage when you have a market that is topsy-turvy is not an adjustment to your models, it’s gaining access to better, faster information, and being able to execute on it immediately.”

The 2007-08 Great Recession changed the banking industry forever. Banks saw sweeping regulatory reform, and developed models to ensure a similar economic catastrophe never happened again. Except once again, we have a banking crisis on our hands, but for a completely different reason–a global pandemic. In response to this liquidity crisis, treasurers are being told to review their liquidity stress testing…models which are built for predicted market dislocations. These models could not have predicted today’s market movements, or be used to immediately rectify them. In essence, treasurers are bringing water balloons to fight a forest fire.

Stress tests and liquidity models are essential to mitigating losses when times are stable and predictable. However, models do not account for extremely unlikely events. According to Kevin Hillgren, a former Managing Director, Treasury, at Morgan Stanley, “It’s not the scenario you’ve planned for that will cause you problems, it’s the scenario you haven’t planned for that’s going to kick you in the teeth.”, and ladies and gentlemen, this once-in-a-century global pandemic is one such scenario.

Multiple major consulting firms are releasing ‘treasury action plans’ outlining their recommendations to treasurers. While the reports are certainly published with the right intention, they are fundamentally flawed. The action plans suggest immediate steps, such as increasing cash reserves, but ultimately rely on the backwards looking steps of recalibrating liquidity stress testing and early warning indicator frameworks.

A Managing Director at Credit Suisse when New York was devastated by 9/11, Mr. Hillgren is familiar with unexpected scenarios. “When life moves beyond the models, the differentiator is to be able to execute and see instantly, the impact of what you’ve done.”

Properly executed models are crucial to predicting how to price various asset classes and juggle cash and financing, but treasurers would of course, have a basic expectation that businesses around the world continue to be fully operational. However, for the first time ever, that assumption no longer rings true. For many companies, and some entire industries, revenue has shrunk to zero or close to it. As such, borrowing has far exceeded what any stress test could have accounted for. Within a matter of days, many global corporate powerhouses drew down the entirety of their credit lines in cash. Boeing withdrew all $13.8 billion available to them; Honeywell borrowed $6 billion, and Royal Carribean, which saw its operations close entirely, took $2.2 billion in loans.

As a recent Credit Suisse report aptly noted, “We now have a global banking system where all major banks have to pre-fund 30-day outflows.”

Both the banks and their corporate clients are forced to use an expensive and inefficient funding tactic because of the strain caused by uncertainty and less-than-perfect data. However, this type of panic-ridden activity now threatens the liquidity profile of many of the world’s global transaction banks.

Too late for testing

What treasurers are currently lacking, is an ability to be nimble, to stay ahead of the curve, or at least on par with such rapid changes. This adaptability requires new capabilities and tools that can provide real-time data and the ability to transact in real-time. The ‘unknown’ is a treasurer’s nightmare (hence the predictive modelling), but it is also an unfortunate reality. Treasurers are ‘flying blind’, using delayed data to make real-time decisions, and arguably worse, relying on legacy banking infrastructure to execute said decisions. The result is often waiting T+3 days for transactions to settle.

We understand the knee-jerk recommendation to recreate models, but this is a post-mortem activity. As a treasurer, if you’re managing through the situation, you must think on your feet. All other things equal, those who have access to the best, most up-to-date data, will likely be most successful. “Recalibrating stress tests will be helpful for the benefit of hindsight and make regulators happy in the future, but they likely won’t help treasurers get through the next few weeks,” says Hillgren.

The ability to respond

While models and stress tests used to be the best tools available to treasurers in the last decade, this is no longer the case. What treasurers need is an integrated, real-time liquidity management solution that enables straight-through processing, instant reconciliation, and the movement of intercompany cash and liquidity assets on a real-time basis. New technologies, like Virtual Account Management (VAM) platforms, are available to help both banks and their corporate clients gain the visibility, productivity and automation needed to combat a fast-paced liquidity crisis. Still, banks have been slow to adopt new technologies while markets have been stable and growing. It’s unfortunate that organizations often wait for disaster to strike in order to reevaluate their capabilities. But one thing has become abundantly clear in the last month: new technology, new processes, and most importantly, a new way of thinking, are all necessities to ensuring treasurers are well equipped for the next crisis.

A liquidity crisis always happens when you least expect it. Whether it’s caused by a devastating terrorist attack in New York, an unprecedented credit crunch/real-estate bubble, or a once-in-a-lifetime global pandemic is impossible to predict. “This is why the efficacy of predictive modelling is limited to experience,” says Mr. Hillgren. However, the ability to consume real-time data, execute real-time transactions, and ultimately, see those transactions settling on both sides instantly, gives treasurers the capabilities needed to manage in unchartered territory. And make no mistake–the world is in unchartered territory at this very moment.