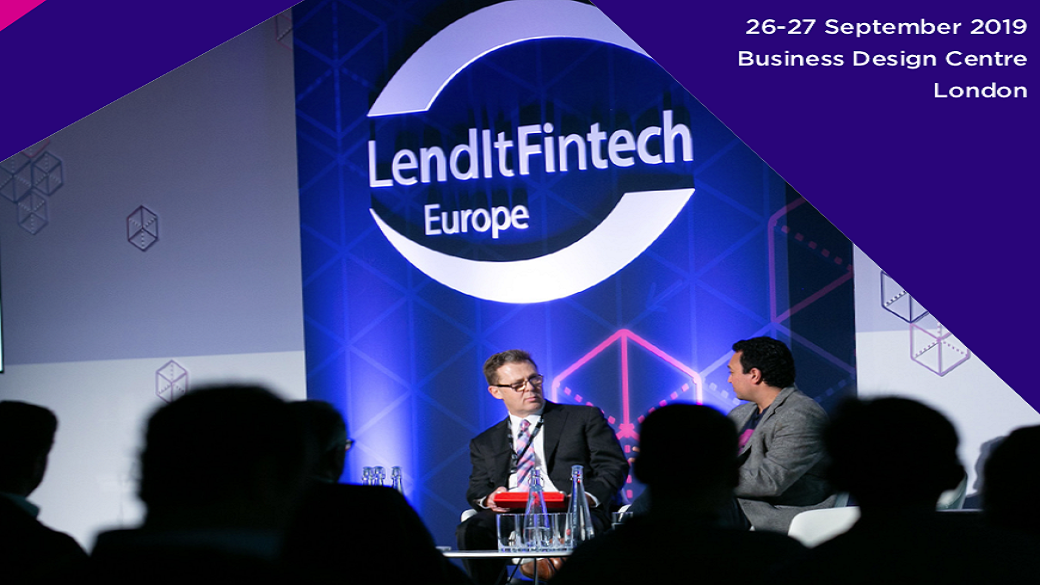 Back in September we attended what was the most successful European conference by LendIt. They hosted LendIt Fintech Europe 2019 at the Business Design Centre again and the place was buzzing with people both days. We attracted a great mix of people, many of whom took advantage of the Brella app, where over 2,000 one on one meetings occurred.

Check out some of our amazing video interviews here

For the second year in a row there were major developments in Brexit during the week of the conference. But I wouldn’t say Brexit dominated the conversations at all, people have become jaded with the entire thing and just want it over with. So, the talk was all centered around fintech, the maturation of the industry and what we can do to drive it forward.

I spent most of my time in the content, mainly the keynote room which converted into the Lending Innovations track in the afternoon. We recorded videos for every session in the keynote room and they are all available to watch now on the LendIt site. Here are some of my highlights from the event. We kicked off the show with Rishi Khosla, CEO and Co-Founder of OakNorth. Their approach to underwriting is super interesting. While they have very much a digital approach, they are originating loans typically for £5 million to £10 million to fast growth companies. So, their relationship managers interact with customers in the traditional manner, which involves site visits and phone calls. But through the application of technology they are able to process 5x the number of transactions as a traditional lender. OakNorth have loaned out around £4 billion now and Rishi revealed they have recently had their first default but it resulted in no losses.

Jaja Finance is a new kind of fintech company, focusing on the credit card market, with industry veteran Neil Radley at the helm. In his keynote session Radley made the point that there has really been very little innovation in the credit card market over the past several decades and that Jaja has rebuilt this product from the ground up. He had an interesting idea which I had never though about before: he said that there will be a convergence in unsecured consumer lending where consumers will be able to switch back and forth between a revolving credit facility and a fixed term loan. This gives you an idea of where Jaja is going with their new approach to credit cards.

Probably my favorite speaker of the entire event was with Olga Zoutendijk, a career banker with several decades of experience at some of the leading banks in the world. She didn’t sugarcoat her criticism of banks today. She said that big banks need to change dramatically or be reduced to just providing the back-office plumbing for the financial system while fintechs provide the high value customer experience. She also said that legacy culture is a bigger problem at large banks than legacy tech and a much more difficult challenge to overcome. When pressed on the biggest threat to banks today she said it was the challenger banks combined with big tech. If we start seeing tie ups here big banks had better look out. But she did say that incumbent banks have a great opportunity to remain the financial conduit for consumers. People don’t want a myriad of apps to manage their financial life, one app to do everything would be best and banks can deliver on that promise. The panel with the leading P2P lending platforms was particularly interesting. They discussed the impact of the new regulations that come into force in December and all were confident that the major players would weather these changes with relative ease. But it will likely lead to a shakeout and some less established companies going out of business. Rhydian Lewis, the CEO of Ratesetter, had an interesting observation. He said that the 10% limit (percentage of total assets) for investors set by the FCA could end up being a positive thing for the industry as it becomes a de facto allocation for the alternative lending space.

LendInvest probably have the broadest range of investment vehicles for their platform in the industry. Christian Faes, CEO of LendInvest, talked about the five different ways they fund the loans on their platform: Luxembourg fund for high net worth investors, LSE-listed bond for retail investors, their online platform for sophisticated retail investors, institutional funding lines from large banks and securitization. He said their cost of capital today is down to around 2% which is even cheaper than many small banks.

German fintech Raisin did something earlier this year that no other fintech has done: they bought a bank. Tamaz Georgadze, the CEO of Raisin, shared the reasons why they did this. First, it was helpful to be able to passport across Europe with their brokerage service license, and second, they have been very dependent on external banks and sometimes their interests were not aligned. Interestingly, he said that this ended up not being a very difficult decision, there were few dissenting voices on their decision to buy a bank.

One of the more interesting products to launch in 2019 is the installment loan product from Visa. Cetin Duransoy is in charge of this product and he gave an excellent presentation on Visa’s rationale and how the product works. Installment loans are already a $1.2 trillion industry and and continue to grow at twice the pace of revolving credit. It is built into the credit card ecosystems of many countries including Mexico, Turkey and Brazil. Visa’s solution will work with existing credit cards and merchant systems and it will work cross border, the only solution to be able to do that. They have two pilots launched, in Romania and Russia and will launch in India and the United Arab Emirates shortly with a broader rollout coming later.

Geoffrey Prentice was the co-founder of Skype and the venture capital firm Atomico before setting his sights on the helping the underserved access credit in the developing world. His new company, Oriente, is targeting the 650 million who live in South East Asia where the population is digitally savvy and the average age is 26. He has an offline/online model where he has sales people in physical stores, often big box retailers, helping consumers download their app and apply for credit. These retailers are increasing their sales by 20% with the addition of Oriente’s simple credit offering. Even though this population has, for the most part, no credit profile default rates are in the single digits.

One of the sessions I was most looking forward to was the final keynote on day two titled, How (and When) Will Digital Banks Operate Profitably. When asked about recent comments from the CEO of N26 that profitability was not a core metric they focus on, Giles Andrews, the Co-Founder of Zopa, did not hold back in his criticism of that statement, but adding that it was probably taken out of context. Norris Koppel, CEO of Monese, said it is very important to become “unit profitable” where they make money on each new customer. But every company has to balance the need for growth with the need for profitability.

There were several other great sessions I have not mentioned. I interviewed the co-founder of Credit Karma and head of their UK operations, Nichole Mustard and also Anil Stocker the CEO of MarketInvoice. We had the CEOs of two of the leading digital identity companies, Charlie Delingpole of ComplyAdvantage and Husayn Kassai of Onfido, discussing the digital identity arms race, Anju Patwardhan interviewed Shachar Bialick of Curve to talk about the rebundling of finance, Clare Calmejane of Société Générale talked with the CEO of Treezor about their partnership, another interesting partnership that we featured was between CYB Group and GoCompare  I thought all of these sessions were excellent and I encourage you to watch the videos. For the first time in Europe we had a dedicated Women in Fintech program. This consisted of a lunch, speed networking and speaking sessions. We partnered with the new European organization, WIFTN, who are on a mission to promote gender equality in fintech. Many of the leading women in European fintech spoke on stage here and it was an informative and high energy afternoon.

On day two we also held our popular PitchIt @ LendIt competition. It was standing room only in the Innovation Zone of the expo floor as the audience listened to the eight finalists pitch in front of a panel of judges. The winner this year was the UK startup Seon. They help online businesses reduce the costs, time, and challenges faced due to fraud. Apparently, awarding the winner was a difficult decision because the judges felt there were several worth winners this year.

So, thank you to all the sponsors, attendees, speakers and everyone else who helped make this year’s show the best ever. Finally, I a big shoutout to the LendIt Fintech team whose enthusiasm and dedication to excellence never wavers.  They have worked tirelessly over many months to produce the what many people told me last week is the best show in the industry.

The LendIt Fintech team after another successful event