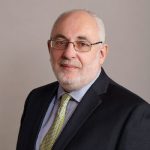 David G.W. Birch is an author, advisor and commentator on digital financial services. He is Global Ambassador for Consult Hyperion (the secure electronic transactions consultancy that he helped to found), Technology Fellow at the Centre for the Study of Financial Innovation (the London-based think tank) and a Visiting Professor at the University of Surrey Business School. An internationally-recognised thought leader in digital identity and digital money he was named one of the global top 15 favourite sources of business information by Wired magazine and one of the top ten most influential voices in banking by Financial Brand; created one of the top 25 “must read” financial IT blogs; was found by PR Daily to be one of the top ten Twitter accounts followed by innovators (along with Bill Gates and Richard Branson), was rated Europe’s most influential commentator on emerging payments by Total Payments and was awarded “Contributor of the Year” by the Emerging Payments Association.

His most recent book is “Before Babylon, Beyond Bitcoin: From money we understand to money that understands us” which the LSE Review of Books said should be “widely read by graduate students of finance, financial law and related topics as well as policymakers involved in financial regulation”.

Dave graduated from the University of Southampton with a B.Sc (Hons) in Physics.