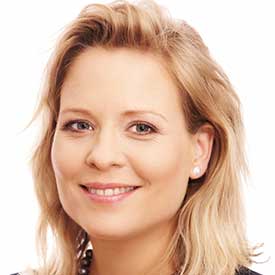 Ruth is a NED on the boards of the London Stock Exchange Group, Permanent TSB and Pendo Systems Inc. She is also a Partner at Gauss Ventures and an adviser to the ETPPA.

She continues to focus on her passion of bringing the financial industry and the emerging financial digital ecosystem together, in particular across the blockchain/distributed larger space, an area which she recently researched as part of her PhD.

Ruth was named as one of 2010s ‘Rising Stars’ by Financial News; named in Management Today’s 2011 ‘35 Women under 35’ list of women to watch (Sunday Times), and one of the 100 Most Influential People in Finance 2012 as named by Treasury Risk Magazine. In 2015 she was the recipient of the ‘Women in Banking and Finance Award for Achievement’ and in 2016 she was named on the global ‘Women in Fintech Powerlist’ of Innovate Finance in 2016 – 2018.

She speaks five languages (EN, DE, F, ES, IT) and has completed studies in various countries, including an MA Financial Economics (UK), an MA International Politics (FR), an LLM in International Economic Law (UK) and a PhD in Finance (UK). She published two books: “EU Payments Integration – the tale of SEPA, PSD and other Milestones along the Road” (2010) and “Transaction Banking and the Impact of Regulatory Change: Basel III and other challenges for the global economy” (2014), both Palgrave MacMillan. She is a Fellow if CASS Business School and occasionally lectures at Queen Mary London School of Law.