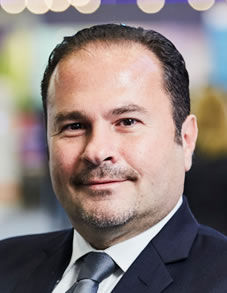 Haytham Kaddoura has been the CEO of SmartStream Technologies Group since May 2016 after serving as a member of its Board of Directors since 2007. Mr Kaddoura brings over 20 years of experience in investment advisory, asset management, corporate restructuring, strategy formulation and execution for boards of some of the most prominent corporations across the GCC and the greater Middle East and North Africa region.

Mr. Kaddoura holds a Masters Degree in Finance and International Business and a Bachelors Degree in Computer Sciences.