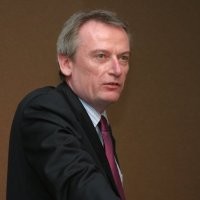 Chris Skinner is known as an independent commentator on the financial markets and fintech through his blog, the Finanser.com, as author of the bestselling books Digital Bank, ValueWeb and its new sequel Digital Human. ValueWeb describes the impact of Fintech and how mobile and blockchain technologies are changing the face of finance in building an internet of value.   As a result of the emerging internet of value, banks have to become digitalised, and Digital Bank provides a comprehensive review and analysis of the battle for digital banking and strategies for companies to compete. Digital Human, released in March 2018, builds on these two themes but looks at the wider picture of digitalisation, and how this is a revolution as it allows everyone from the plains of Africa to the mountains of Tibet to be included.