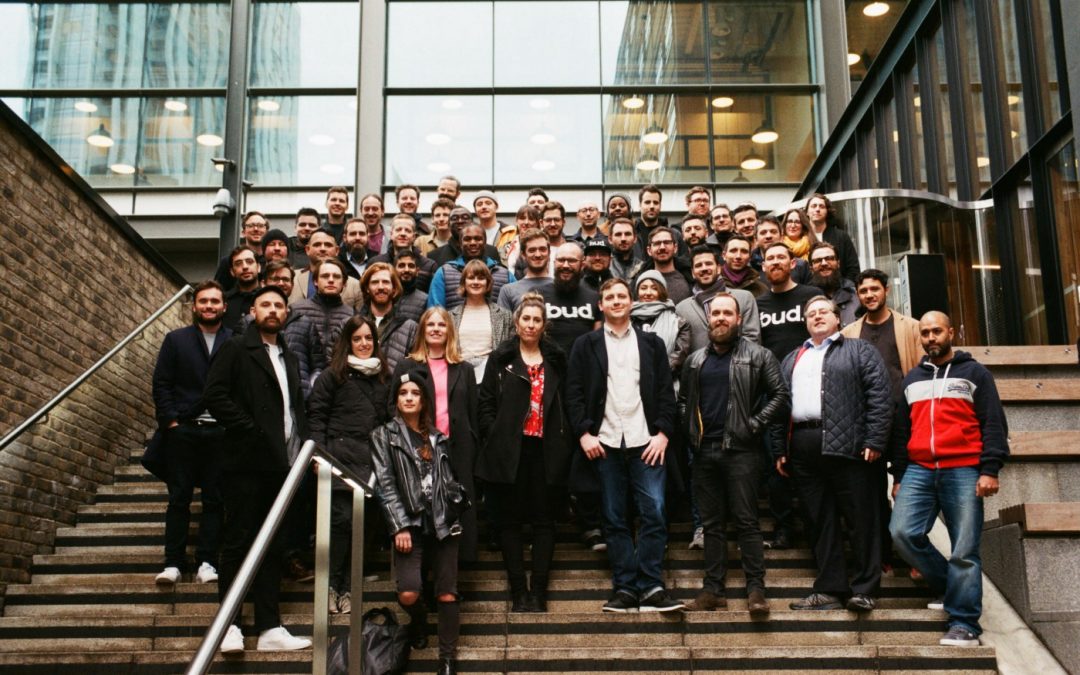 Bud a Fintech Power 50 member and the U.K. fintech that helps banks connect their apps and data to other fintech companies and financial service providers, has closed over $20 million in further funding.

The Series A round sees the company pick up backing from a number of banks: HSBC (which, via First Direct, it also counts as a customer), Goldman Sachs, ANZ, Investec’s INVC fund, and InnoCells (the corporate venture arm of Banco Sabadell).

Others participating include Lord Fink (the former chief executive of hedge fund Man Group), and 9Yards Capital (the VC firm to which George Osborne is an advisor).

Originally launched back in 2016 as a consumer app that wanted to make various financial services accessible from a single aggregated interface, the London-based startup has since pivoted to a tech platform it offers to banks to help them remain more competitive in the Open Banking/PSD2 era. Its tech lets banks create new apps and services that enable customers to manage all of their financial products within a single app.

Essentially, Bud  acts as the tech layer that intelligently connects bank account data to third-party financial services, including those provided by fintechs and more traditional financial providers, as well as doing a lot of the other heavy-lifting required to create new consumer experiences from bank data.

“The work we have done with First Direct… is a showcase of features and functionalities made possible by new regulation, data science and relevant connections to fintech and banking services,” Bud CTO and co-founder George Dunning said.

“We have built a number of data enrichment features using transactional data to make people’s lives that little bit easier. Connection and aggregation of people’s accounts is the standard now, so we focussed on things like increasing financial literacy. ‘Smart Balance’ is a feature that shows users what they can safely spend and ‘Goals’ help them plan ahead. Our advanced regular payment finder filters and tracks bill payments and if you can save money Bud connects you to a service that will make it happen”.

Many of these features are powered by Bud’s ability to use data to detect patterns and behaviours. “Something as simple as detecting if someone is going abroad and helping them get insurance for their trip using one of our partners from within the app is much better than if you do it the traditional way,” says Dunning.

Other than HSBC-owned First Direct, the Bud co-founder isn’t able to disclose any of the company’s other bank customers. “We are working with a handful of banks across the industry, using open banking and our marketplace of services to solve problems for their customers which couldn’t be solved before now,” he says.

On the fintech and financial services side, Bud currently works with 85 different companies. These include fintechs Wealthify and PensionBee to more established companies like Hiscox and AJ Bell.

One other partner Dunning can talk about is the U.K. government, which Bud is working with as part of the Rent Recognition Challenge to create new solutions for people wishing to get on the housing ladder. “First-time buyers have it harder now than ever before. Work we are just finalising with The Treasury uses rent payments to help people grow their credit history to buy a home,” he says.

Meanwhile, Bud says the new capital will support the expansion of the Bud team, as the company moves to double its headcount creating what it claims will be the “largest team dedicated to Open Banking  in the world”. Its current headcount is 62.

Cue statement from Raman Bhatia, Head of digital bank at HSBC Retail Banking and Wealth Management: “Since the start of our partnership with Bud back in 2017, we’ve been impressed with the team’s approach to innovation. They have helped to shape our approach to open banking, working with us to deliver services that makes banking easier for our customers. They stand out as motivated by their mission to help people have a better relationship with financial services”.