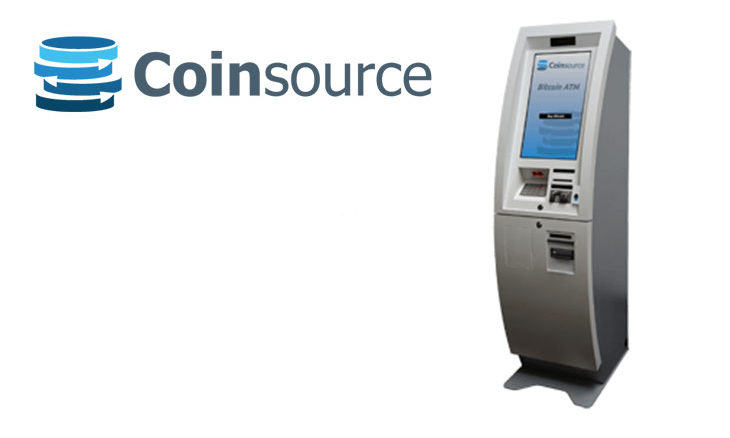 CEO of Coinsource Sheffield Clark said, “Coinsource is the first and only company that operates Bitcoin Teller Machines (BTM) to receive a New York virtual currency license. All New Yorkers — from the people that are unbanked to the people who own the banks — can use our kiosks in their neighborhood retail locations to buy bitcoin instantly in a convenient and familiar way. Now that Coinsource is a license holder, our customers can buy and sell with confidence that Coinsource meets and exceeds the high standards set by the New York Department of Financial Services. New York represents not just a center of global innovation but also one of our largest target markets. We are extremely proud to be the only bitcoin ATM operator holding a New York virtual currency license.”

Founded in 2015, Coinsource deploys ATMs to key population centers across America, with over 200 machines in 19 states, including the District of Columbia. Coinsource offers a world-class compliance and consumer protection program, as well as 24/7 support. The company allows customers to insert cash and buy bitcoin with cash (and store it on their mobile wallet) and sell bitcoin for cash (by scanning their mobile wallet at the kiosk). The majority of customers opt to use bitcoin ATMs as an alternative to online exchanges, which have been criticized for requiring highly technical know-how, long transaction delays, high fees, limited customer service support, in addition to being vulnerable to manipulative trading activity and fund hacks.

“From the onset, our goal was to provide millions of Americans with a reliable and convenient way to buy digital currency. Bitcoin is no longer a fringe currency, and in 2018, is increasingly being adopted by the mainstream. Today, with the issuance of the virtual currency trading license to a BTM operator, the Bitcoin industry takes another step toward public adoption,” continued Clark. “This is a landmark day for Coinsource, but an even more important win for New Yorkers. We only hope that this milestone brings further validation to the BTM industry. It proves that regulators will reward entrepreneurs who combine innovation with a willingness to meet best practices and compliance standards. We want to thank the New York DFS for their bold confidence in the future of cryptocurrency adoption. Its ability to stand at the forefront of this industry is without question.”

New York State made the decision to regulate cryptocurrency businesses in 2015 when they introduced virtual currency regulation, provided those companies met a strict set of requirements, including full background checks on all employees, strict record keeping, and full earnings transparency. In being granted a virtual currency license by the NYDFS, Coinsource joins some of the most influential companies in the cryptocurrency industry, including BitFlyer, BitPay, Coinbase, Circle, Genesis Global Trading, XRP II, Square, and Xapo, with charters issued to Gemini Trust Company, Paxos (formerly itBit), and Coinbase Custody Trust Company LLC.