2018 is Already a Record Year For Global Fintech Investment 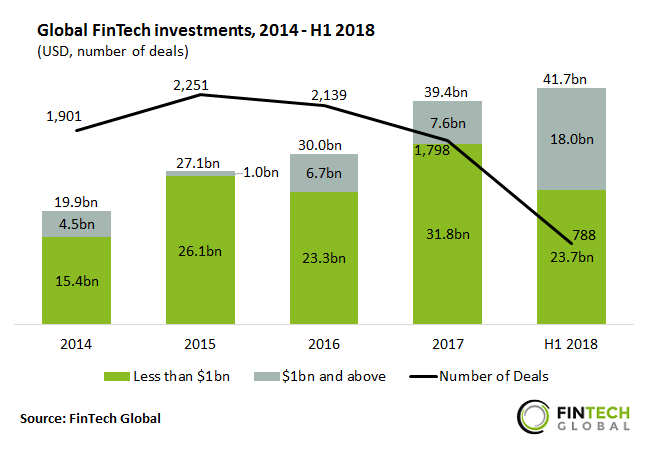 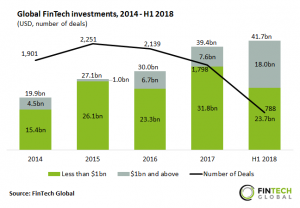 The global Fintech sector raised $41.7bn in the first half of 2018, surpassing last year’s record total 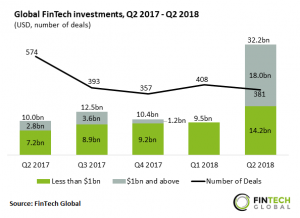 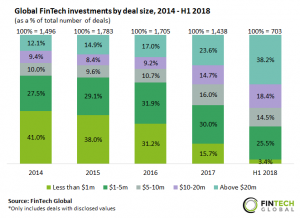 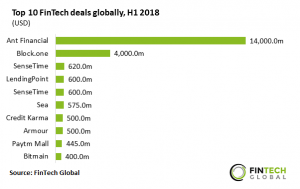 The data for this research was taken from the FinTech Global database. More in-depth data and analytics on investments and companies across all FinTech sectors and regions around the world are available to subscribers of FinTech Global. ©2018 FinTech Global